Downtown Fayetteville is now home to a new restaurant offering vegan cuisine. Vibe Gastropub, located at 131 Hay Street, is owned and operated by Ambery Edge. Food connoisseurs may recognize her from her food truck, Authentique Cafe. Recently, GFBJ sat down with Edge to discuss her business ventures and her desire to bring plant-based options to the area.

GFBJ: Can you tell me a little bit about your cooking journey and what inspired you to get into the business and be vegan focused?

EDGE: I didn’t anticipate being in this line of work. It was 2016 and I was managing an artist and then I had already bought a food truck, well it was a utility trailer, and it kinda just sat there cause I also owned a coffee shop in the mall. In that same year, I read this book called “Secret to the Millionaire Mind,” and it said that the secret to success is basically commitment.

And I was like, ‘You know what? I can commit. I can commit to something for five years.’ So, I was like, ‘I’m going to give this a go,’ as far as running the food truck, and at first, it was just going to be coffee. I didn’t anticipate it being like, food. What happened was I was at an event and I made myself some food for lunch one day, and it just so happened somebody from the newspaper saw the food truck, and they asked if they could have some.

I gave them some – I will give food to anyone. But she really liked it and took a photo of it, and then it ended up in the newspaper. And then that’s when I started serving food. In 2015 I went vegan and I’d kind of thought of it when I was going through the transition of accepting that I was going to do the food truck.

GFBJ: Can you tell me about when you first opened your food truck?

EDGE: What happened was, I was 22 years old, I owned a coffee shop in the mall, and I knew nothing about business. I accidentally ended up in business, and so I was in the mall, and spending way too much money a month for nothing. So I was like, ‘This is so silly. What am I doing?’ I contemplated it and really over time considered the fact that this could be so easy if I just don’t have to pay for any overhead.

So then it was like, ‘What if I have a food truck?’ That’s when the idea came about and I was going to build it myself, like I’ve built everything else. So I was just going to go ahead and build the food truck and then slowly work into it being an actual thing. So after I sold the coffee shop, I ended up with the utility trailer.

The game plan was I was going to do that while the artist I managed went on tour, I was just going to take the trailer with me. But I just gave up on it for all those years and then it wasn’t until I made the decision to commit to it that I actually started building the food truck itself. Essentially, I just happened to accidentally end up in the next spot of life.

GFBJ: What inspired you to open an entirely vegan restaurant?

EDGE: So the first food truck was a five by eight utility trailer and I didn’t think it was ever going to need to be bigger. But within the first year I ended up getting put in some journals and won some awards, so it just kicked off and got super big. I told myself, since I committed to five years, that if no one opens a vegan business in Fayetteville during that time I’ll do it.

It was like, I believe in this, I believe in making the world a better place, I believe in loving animals and loving humans and giving ourselves options that are amazing. But five years came and actually almost to the day when I got this place, but no one else opened one so I was like I have to do it.

GFBJ: I find the name for the restaurant really interesting, can you tell me about how you came up with it?

EDGE: I was actually looking at another spot downtown, and I was walking around – and I’m not a hippy-ish type of person, in a typical sense, but I was walking around downtown and I was looking at the lights and just was like, ‘This is a vibe.’ Like every time I would tell somebody about the vision that I had, I would explain it and tell them I want this to be an experience.

I want people to feel something when they come inside, I don’t want it to be just like okay here’s your food. I want it to be a vibe – a good vibe. I went on Instagram, and nobody had a name like this. I wanted to steer away from cafe because I feel like the connotation to that is very breakfast-like and, with my vision, I want a spot for the community that’s good.

I want to have comedy nights and live music and I thought gastropub fit perfectly because I have been to them before and I love them. So that’s kinda how Vibe GastroPub came about.

GFBJ: What are the top three fan favorites that your restaurant offers?

EDGE: So our menu is not full yet, but I’m sure it will expand and people will choose other things, but we do have this vegan chicken sandwich that people like. On the first day we opened, we completely sold out and then again the next day so we had to close so that way I could prep.

GFBJ: How did you find this location for the restaurant?

EDGE: So I was looking at a place across the street and it was beautiful. The only thing is that it didn’t have a kitchen and it only had one bathroom. So we are currently in the process of getting our beer and liquor license, and in North Carolina with the alcohol rules, you can’t serve liquor with only one bathroom.

But the part that I loved was that it had an upstairs apartment with a balcony, and I thought that would be great, to live upstairs. So, I was like, ‘I could build the bathroom and kitchen and make it work.’ But I had gone to Washington State in January of this year to visit my sister, and when I came back, I was supposed to sign papers for that place, but when I came back I ended up having COVID so I had to wait. When I came out of the quarantine period, From PROFILE, page 22 this place that we’re in now opened up, and my agent asked me to come look at it and as I walked in I was like, ‘Oh my God, this is it. I love it.’

GFBJ: What is the best piece of advice you have received since beginning your cooking journey?

EDGE: I don’t know if this is advice I have gotten or advice that I have learned via trial and error, but I guess it would be just like setting a path and knowing to trust that path; also, to remember that if things don’t look the way you want them to initially, that you’re still with movement and you’ll always get close to your goal.

GFBJ: What advice would you give to someone looking to open their own restaurant?

EDGE: You have to not consider the money or the potential money of whatever you're about to do because if you come and you bring value to people’s lives, they are going to give value back. In order to do that, though, you have to do something that you love, because if you’re only doing this for money it's not sustainable. 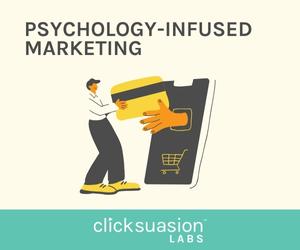