The proposed increase in capital gains tax would raise the tax from 20 percent to the highest of 39.6 percent, affecting the wealthiest taxpayers on gains realized after Sept. 13, 2021 if passed.

The government levies a capital gains tax on profits that are incurred from investments when they are sold.

The capital gains tax rate is proposed to go up from 20 percent to 25 percent and 39.6 percent on shortterm capital gains. The rate will apply to those in the top tax brackets for longterm capital gains which would be individuals earning more than $445,850 and married joint filers earning above $501,600.

“You can have two different kinds of capital gains, short-term and longterm to simplify,” said Lisa Sessoms, partner at TRP Sumner, a CPA and advising firm. “Short term is an asset one has owned for a year or less and long term is usually more than that. There are different rules that determine which category your asset may fall in like a person’s taxable income bracket.”

Capital gains tax can apply to a variety of investments from mutual funds, stocks and brokerage accounts to real estate sales and any other investments, she said.

“Typically, if an individual or a couple is selling their primary residence, in most cases they will not pay any capital gains tax on that, reason being there is an exclusion that they have used the house as their primary residence for two out of the last five years prior to sale. Then they may be able to have that gain excluded,” Sessoms said. “And that exclusion is fairly generous. It’s $500,000 for a married couple and $250,000 for an unmarried individual.”

The current long term capital gains tax is a maximum of 20 percent. There are also 15 percent to 0 percent rates based on the individual's taxable income. The current maximum tax rate on collectibles held over a year is 28 percent.

Sessoms began her career in 1985 and said that everytime there is a new administration, president and changes in political parties at the federal level there are changes in capital gains tax.

“Historically some have been more widespread, and more significant than others but it is not uncommon at all for any president to make changes to comply with the platform that they are running their administration on,” she said. “There are some significant things included in this plan, but I would not say that it’s the largest one I have ever seen.”

Sessoms said their firm has seen clients calling with questions and concerns regarding the proposed tax increases.

“People want to know things like they are planning to sell property and how it will affect their tax situation, another issue that’s been discussed has been changes and impacts on estate taxes,” she added. “We are telling them what we know based on this hasn’t been signed into law.”

Her advice to clients and the public is if they are going to have a significant transaction in 2021 that involves a capital asset to please contact their tax advisor and ask them to project what the 2021 income tax might look like to avoid surprises.

“Some of the challenges we face the most with clients when they have capital gains transactions is to keep proper records, proper documents, cost net investments, improvements and such,” she mentioned. “If you buy a property and spend money to improve it in some way and you sell it, that becomes a part of your original purchase price of the property, so when they sell it they get to use that against the selling price which can result in lessening the gain that they have to pay tax on.

TRP Sumner sends out information to clients and those interested on updates and news on changes in taxes and other such topics. Those interested to be on their email list to receive these updates can email their sales director, Janet Carter at jcarter@trpsumner.com or follow their Facebook page @TRP Sumner PLLC.

Sessoms described the current state of the housing market as ‘crazy’, and said with the high prices in some of the surrounding high income neighborhoods, the tax bracket inclusions may not be enough.

“I don’t know when this will become law, it has to go through so many channels at the national level before it hits the president's desk for signature,” she said. “I am set to attend an educational class in November, part of which will bring us up to date on this proposed tax plan, but until then anything can change.”

Sessoms and her colleagues are beginning to attend educational classes to bring themselves up to speed on the new changes that the upcoming administration has proposed.

“I would definitely say there could be a tax planning strategy that can be implemented to help clients manage their tax bills better,” she said. “Some of the advice we often give out to clients is on what documents they need to keep in order to document the transactions and their expenses, which could potentially result in a lower profit and lower tax.” 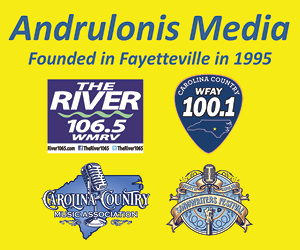