As snippets of news with sensational titles circulate in the media following the sixth hike of Federal Reserve interest rates this year, it is important to take a look at the data with a level head. Greater Fayetteville Business Journal spoke with Dr. Mohammad 'Mitu' Ashraf, Professor of Economics at UNCP, to gain a better understanding of the current state of our economy.

The Fed has increased interest rates to try and obtain a balance between stable prices and low rates of unemployment. Unfortunately, the current trajectory of the economy does appear to be pushing toward a recession, but this is something that experts in macroeconomics have researched and observed over the years to help predict the effects of such periods.

“There is a lag, usually it is around [an] 18 to 24-month lag when it comes to monetary policy. And while the Fed is right now raising interest rates, it will take some time for the inflation rate to decrease and the hiring activity to be affected,” shared Dr. Ashraf.

Money can be a touchy subject. In addition to being taboo in certain contexts, managing money and understanding the mechanics of the economy can prove to be a barrier to some people. “I find it rather interesting and curious that, well the concept of money, it remains very elusive and the phenomena of money is rather ubiquitous. We all use money and [know] how money works and what it does, but the concept of it and how it actually affects the economy, that remains elusive for many people, which creates confusions and which also creates vulnerabilities for people who may not be well-versed in this field,” said Dr. Ashraf.

Dr. Ashraf shared that economists still do not have a good understanding of why recessions take place, but by looking at economic patterns throughout history it is safe to assume that just as there are downs now, there will be ups once again.

“...it's always a good idea to keep focused on the long run. There will always be, at least this is what the history shows, that there are always ups and downs in the economy,” Dr. Ashraf offered as advice for navigating these uncertain times.

United Bankshares, Inc. announces record earnings for the year of 2022 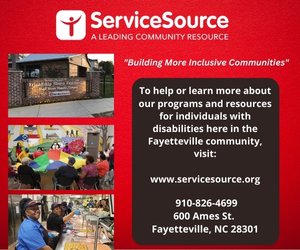