Cumberland County’s Crown Event Center Committee met on May 16 to continue the discussion of constructing the new multipurpose event center to replace the Crown Theatre and Arena.

During the meeting, the committee discussed the principles for the project, the role and composition of community engagement, and narrowing down potential locations for the new facility with Matthew DeSilver, senior project manager with McDonough Bolyard Peck who was hired to represent the County in the deal.

After the Community Engagement Committee is established, the Committee will then review the draft of guiding principles and provide feedback during a workshop that will be held in June. That feedback will be reported to the Crown Event Center Committee, who will finalize a set of guiding principles to be sent to the Cumberland County Board of Commissioners for approval.
Monday’s meeting also kicked off the site review process with Joe Hines
of the Timmons Group. During the site review geographic area analysis, Hines and Timmons Group will review four sub-areas to be included in the Market & Financial Feasibility Study.
This study will allow them to examine the benefits and drawbacks of each area and compile information into a decision matrix to be brought back to the committee.
The study’s projected completion date is within the next 30 to 45 days.
“I will come back to the Crown Event Center Committee with a recommendation on a general area and that once the Committee approves the general area, Timmons Group will go back and look at several parcels in that general area to recommend the best location for the facility,” said Hines.
To wrap up the meeting, DeSilver added that MBP is also working to finalize the design and construction in order to move forward with an architect once everything has been established.
This meeting is a continuation of the April 20 meeting, where the Crown Event Center Committee formally accepted the framework for the site selection, design, and construction for the new multipurpose event center. 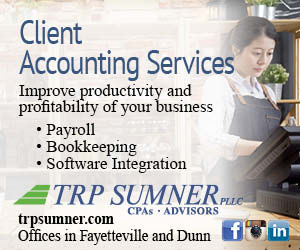