Businesspeople from different organizations throughout the community gathered together at the sold-out event to listen to a panel of recent leaders to the area and learn about their backgrounds, their plans and how their perceptions of Fayetteville may not match up with long-standing views of our community.
The panel included Chancellor Darrell T. Allison from Fayetteville State University, General Manager and CEO of Fayetteville Public Works Commission Elaina Ball, and Fayetteville Woodpeckers General Manager Steve Pelle.
“‘A New View.’ What does that mean?” asked Publisher Marty Cayton in his opening remarks. “We want to give a new perspective of Fayetteville. So who better knows that then these leaders that are on the stage right now coming from different areas of the country and different backgrounds.”
When reflecting back on the start of the Greater Fayetteville Business Journal, one of the difficulties that was experienced is the naysayers in the area.
Cayton pointed out that, despite the negative talk, the speakers decided Fayetteville was somewhere they wanted to live and work. He asked them what considerations they made to move to the area.
“There’s only 120 of these jobs around the country,” said Pelle. “Me and my wife were born and raised in Southern California, and when talking about my wife, she’s a vocal coach and she didn’t want to extend that into the next 18 years. This was really scary for us moving across the country because we’ve never lived anywhere else.”

And since coming to Fayetteville, Pelle has been pleased with the upbeat community and he has found here.
Both Allison and Ball followed up with their own considerations for moving to the area, which aligned similar to Pelle’s in the fact that the decision was made in support of their families.
Cayton then asked each panelist to describe some challenges each panelist had seen in the community and how their organization can help solve them.

“I think one of our biggest challenges is that there are a lot of people out there that still see us, the community, PWC through a naysayer point of view,” said Ball. “I think what we really need is a great big shot of self confidence because we have so much room to grow.”

Allison followed up with explaining his frustrations with media coverage missing out on opportunities of growth happening not only in the education system but also the community.

“We recently had a football player from FSU drafted to the NFL, and the draft happened on Sunday, so the next day I am flipping through the paper, and I see a story of a football player drafted from N.C. State. So I keep flipping and I get to the back and see ‘Pros and Cons of Joshua in the NFL,’” explained Allison.
Allison continued by saying it is FSU’s goal to make sure they get their name and news out there so nothing is ever missed out on again.
Near the end, there was allotted time for audience members to send in questions to be answered. The first question asked was, “What would you say to the Fayetteville natives and what would you say to the people that want to relocate to our region?”

“Coming from California, you know just the cost of living on its own,” said Pelle. “So that’s a plus but I don’t understand why everyone asks the same question. ‘Where are you from?’ ‘What do you do?’ and you tell them and the very next question is ‘What are you doing there?’” Pelle went on to add that the negativity around Fayetteville needs to stop.
The second question brought up conversation about why it's important to include an unconventional leadership and youthful influences into development and if the organizations are willing to bring them in.
“We've added some CEOs of businesses that are actually here to Fayetteville State University’s internship program,” said Allison. “We’ve been very intentional in making sure our students receive great grades so businesses in the community can see the academic achievement in the students.”
Allison went on to add that FSU ensures that their students are getting their foot in the door and gaining the best hands on experience they can now with paid internship opportunities. Allison introduced one of its paid interns at the event to showcase the work that FSU has done to support its student’s futures.

To wrap up the event, Cayton spoke on what those in attendance could do with what they had learned from the speakers and proactively use it in the community. “If you can do anything, just take some of this information that you’ve heard and make a difference,” stated Cayton in his closing remarks. “Change the way we respond to some of the things discussed today and think about what we're about to say and be willing to correct what we need to say at times.”

The Power Breakfast was sponsored by the North Carolina Military Business Center and Fayetteville State University. AV and staging was done by Five Star Entertainment and catering provided by Two Brothers Catering.
The Greater Fayetteville Business Journal plans to continue offering opportunities for networking and digging deeper into important topics within the business community and is ready to put on its next event.

The Journal hosts Power Break- fast on a quarterly basis and is a premier networking event in the region. Past themes have included “For Our Defense'' and “Entrepreneurs & Acquirers.” To stay in the loop about future Power Breakfasts, subscribe to Greater Fayetteville Business Journal’s daily emails at BizFayetteville.com/Subscribe. 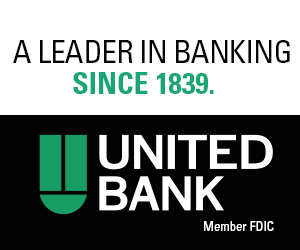