Business and community leaders across Sampson county gathered at the Sampson County Expo Center to be briefed on the current state of the US economy and predictions about the economic future.
Hosted by the Clinton- Sampson Chamber of Commerce and Sampson County Economic Development, guests were treated to breakfast and speaker Dr. Michael Walden presented his research about economic factors driving the economy following the COVID-19 pandemic.

Walden is a William Neal Reynolds Distinguished Professor and Extension Economist at North Carolina State University and a member of the Graduate Economics faculty with The Poole College of Management. Dr. Walden retired at the end of March 2021 and is now a Professor Emeritus.

During his address Walden addressed the “Big 3 Issues”: The labor market, inflation and the current recession.

However it was also found that Many workers used time during the pandemic to improve their skills and move to higher paying positions, which led into Walden’s prediction that technology will be the go to work force for low wage positions by the middle of the century.

“There was a lot of support going to people who weren't working. So people had support, and you might think, well, a lot of people just said, ‘Oh, I'll play around on the video games, whatever.’ Actually, a lot of people didn't do that. But an amazingly high percentage. It's been estimated that 20% of people, particularly young people, didn't do that. Instead, what they did is they said to themselves, ‘I'm going to use this time, this free time that I have to upgrade my skills, because I don't want me to go back to that job,’ shared Walden.

Walden concluded the speech by highlighting future tech based companies coming into the state such as Vinfast, Wolfspeed and the Toyota battery factory coming to NC.

To keep up to date with the next event on economic developments, you can visit https://www.clintonsampsonchamber.org/ or www.sampsonedc.com. 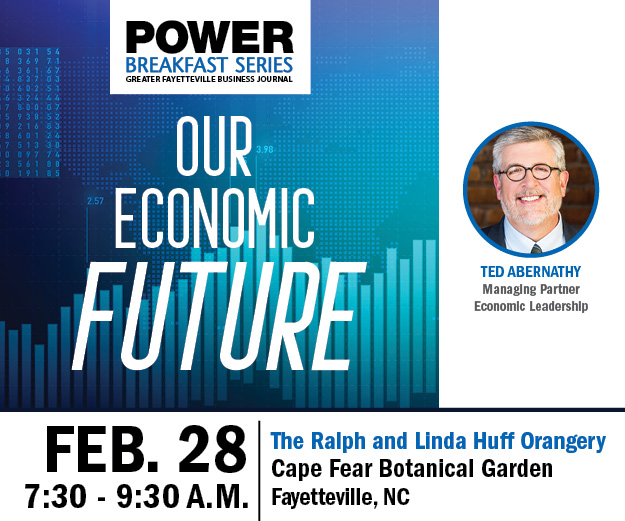