2021 TechNet Fort Bragg Symposium and Exposition kicks off day one

The 2021 TechNet Fort Bragg Symposium and Exposition kicked off today in Red Springs with a presentation entitled “AI and Your Gut” from one of the keynote speakers, Marty Cayton, publisher of Greater Fayetteville Business Journal.

“What was the biggest problem in New York City, London, Chicago, and Paris at the turn of the

20th century?” he asked the attendees. Rodents, sewage systems and garbage were among the answers from the audience, and not too far off -- the answer to the question was the manure that filled the streets.

Cayton explained that the buildup of horse manure in the streets was so egregious that it made travel expensive with the consequential and necessary cleanup.

But, with the invention of Henry Ford’s automobile, the horse manure problem that had been so difficult to solve dissipated about 15 years later.

Cayton compared the manure crisis to the global issues of today in a slide. Natural disasters. Global warming. Poverty. “That’s where AI and your gut enter into the picture,” Cayton said. With a clever spin on the acronym, Cayton revealed that the AI he had in mind stood for “accurate -- or actionable -- information.”

As a veteran of the IT industry in North Carolina and publisher of a new media outlet for a seven-county region, Cayton used his time on the stage to encourage his audience in their striving for excellence. Through calculated risks, active listening, emphasis on strengths rather than weaknesses, adaptation to new technologies but dependence on community, support from family and friends, and great faith,  Cayton believes that necessary innovation and beneficial change are possible.

Following the keynote today, day one featured Student Hack-a-Thons, Capture-a-Drone, and Build-a- Drone experiences, a variety of breakout sessions and an exhibit hall.

For more information about the symposium and exposition, visit

Region sees increase in IT job postings since September 2020

AI and the power of your gut 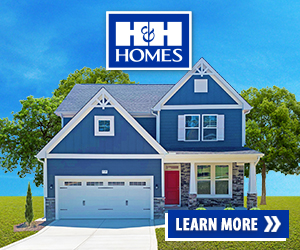