On June 2 at 824 Branson Street in Fayetteville, the North Carolina Civil War & Reconstruction History Center gathered for its third and final groundbreaking on the main building.

The event will mark the Center’s fourth commemoration of Juneteenth, a holiday that observes the emancipation of enslaved people during the Civil War. It will be the third in memory of the late Hari Jones, who served as the assistant director and curator of the African American Civil War Freedom Foundation and Museum in Washington, D.C., on the Board of Directors of the National Civil War Museum in Harrisburg, Pennsylvania, and as a close advisor to the Center until his death in 2018.

Dr. Spencer Crew was the speaker at the event as part of the Hari Jones Memorial Lecture Series. Crew serves as the emeritus director of the National Museum of African American History and Culture, and is a member of the Center’s team of scholars. Crew is part of the team putting together the exhibits that will be featured in the history center. He has worked for over 20 years with the exhibit design firm, Eisterhold and Associates, including with the Rosa Parks Museum in Montgomery, the National Civil Rights Museum in Memphis and the International Rights Center and Museum in Greensboro
Although the discussion of the center has been ongoing since 2006, the center has been surrounded by controversy. In a recent press conference, several of the minds behind the Center sought to assure the public of the purpose of the facility and dispel false rumors. Mac Healy, chair of the board of directors, Mary Lynn Bryan, vice chair of the board, Dr. James Anderson, co-chair on the board of advisors, and Demetrius Haddock, board member, were all present at the meeting.
The people writing the curriculum are historians across the country. Being a state-owned and operated facility, all four people said they are confident that the story will be an educational center and not one that only shares one side of the story.

One aspect that sets the History Center apart from a museum is that it will emphasize story telling over collecting artifacts by involving historians and people who have stories that they can contribute.
“The story we have to tell about this very, very difficult period in our history is a true story. It’s a story based on fact,” Bryan said. “Developed, as James said, by a group of scholars that are known worldwide. They want to present an accurate picture and so do we.”

She said that she has heard concerns that the Center will become a Confederate museum, but she calls those rumors “disconcerting.” In fact, she said that the Center was once offered a substantial amount of money to put confederate statues that were taken down up in the center, and the board refused the offer.

One benefit to being included in the North Carolina Museum System is the amount of money the facility will bring to the area. Over ten years ago, an economic impact study said that over 18 million dollars per year could be expected in the region from the Civil War & Reconstruction History Center. “If you want to fund your schools, if you want to fund your performing arts center, if you want to fund the Black Voices museum... we’re the answer,” Healy said. Overnight visits, trips to other nearby places like restaurants, museums, the baseball stadium, the Cape Fear Botanical Garden, and more contribute to the huge financial impact that comes to Fayetteville.
“I like to think of what we’re doing as creating a destination city,” Anderson said. “We’re the missing piece that makes Fayetteville a destination city.”

“Longterm, what’s it going to cost me, as a businessman? This is one of those deals where to do nothing costs a lot more than to do something... We are on the cusp of generating revenue that will lower my taxes,” Healy said.

As a parent, Healy sees welcoming the history center as an opportunity to teach children accurately about the past. “It’s maybe too late for a number of people ... to change their opinion. We owe it to our next generation,” Healy said. “I want to be hiring these kids that are going through our school systems. And I want them to be kids that go to places like history centers and learn how to think.”

“For me, it always was an economic thing first, and then I realized how little I know,” Healy said. “It’s a shame if we don’t take this opportunity.”

For more information about the N.C. Civil War & Reconstruction History Center, the facility’s story collection, and the exhibits, visit www.nccivilwarcenter.org. 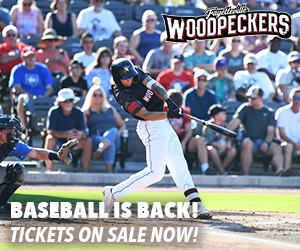