ACHIEVER: Three people appointed to FSU Board of Trustees

Earlier this year, three new members were tapped for Fayetteville State University’s Board of Trustees. On Aug. 26, they were officially sworn in by The Honorable Judge Gale M. Adams. Dr. Kimberly Jeffries Leonard, Gregory A. Pinnix, and Frederick Nelson Jr. are all graduates of FSU. Jeffries Leonard and Pinnix were appointed by the UNC Board of Governors. Nelson was appointed by the North Carolina General Assembly.

Jeffries Leonard, FSU class of 1986, currently serves as the national president of nonprofit The Links, Incorporated and The Links Foundation, Incorporated. Leonard has a Ph.D. in psychology from Howard University, a Master of Science in Psychology from North Carolina Central University, and a Bachelor of Science in Psychology from FSU. She has 30-year background in applied health and behavioral medicine research, evaluation and training. She specializes in health promotion and disease prevention. She has also served as a spokeswoman for both federal and state government initiatives and numerous public health organizations.

Pinnix, FSU class of 1995, has a Bachelor of Science in Economics. He previously worked for Sageworks, advising 155 community bank clients with combined assets of over $80 billion on credit analysis, risk management needs and strategies related to their portfolios. Currently, he works as a manger of enterprise account development for Avalara. Pinnix has also worked for Intuit Health as a consultant and for Channel Advisor as a senior sales executive.

Nelson, FSU class of 1998, earned his Bachelor of Science in Psychology. He is the town manager of Benson, North Carolina. He oversees a $12.4M budget and leads the economic development efforts of the town. Prior to 2019, he worked as a lead administrator for RHA Health Services, Inc. In that role, he was responsible for property, assets and budgets for the mental health facilities of Johnston and Harnett Counties. Nelson is a veteran of the U.S. Army 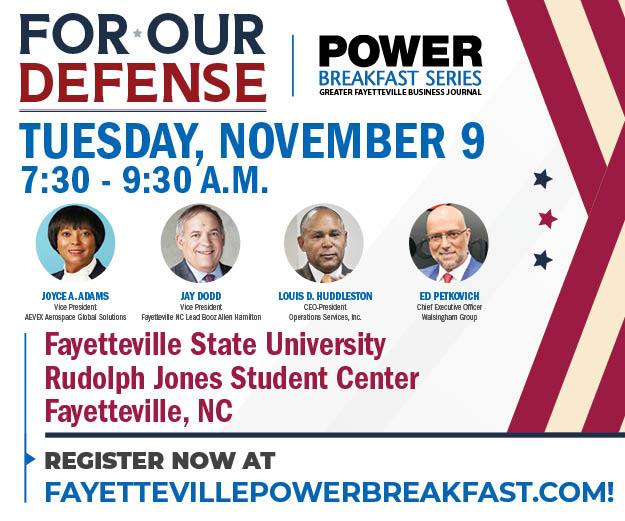